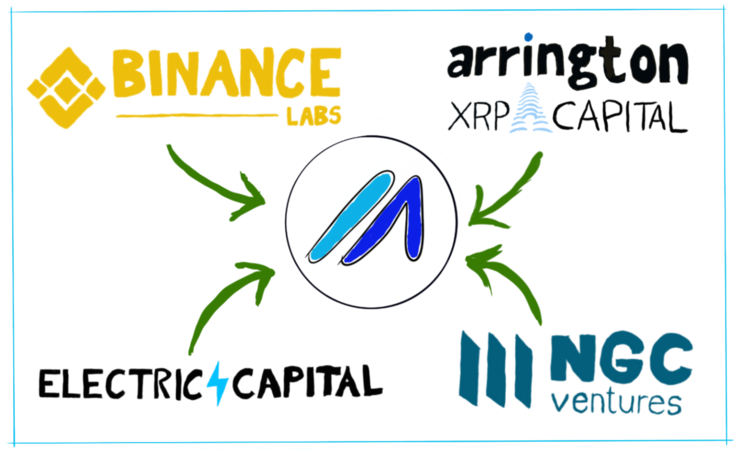 No great feat is accomplished without the help of supporters. Some are there from the beginning and some join along the way, each adding value in their own unique way.

Blockchain’s scalability issues are well-known with bottlenecks existing in different layers of the stack. Being a peer-to-peer broadcast network, the rate of message exchange between nodes forms a significant bottleneck amongst many others. Grossly simplifying, the block a miner mines is required to reach other miners before a block on top of it can be mined. Else, blocks risk the chance of getting orphaned. The sooner the blocks can reach all the other nodes in the network, the faster follow-up blocks can be produced thus improving the network throughput. This limitation is not restricted to PoW chains. The trade-off between choosing a small validator set or lower throughput exists in PoS chains as well.

Such communication is today facilitated by full nodes who participate in the trustless propagation of messages out of altruism but provide no performance or security guarantees. There are no protocol rules concerning the network layer with an honest or rational node having no specific obligations. On the other hand, the centralized control of FIBRE and FALCON networks and private peering agreements between miners to enable streamlined communication, decrease orphan rates and improve profit margins is so antithetical to the idea of decentralization that they have never been considered as plausible scaling solutions.

Simultaneously, a number of projects (Orchid, Kovri, Nym, HOPR, Meson, Dandelion and more) are experimenting with different network layer anonymity techniques to compliment the confidentiality offered through cryptography/ZKPs or create better alternatives to TOR. Nonetheless, despite the innovations in the routing algorithm used, they face challenges in attracting nodes to forward packets and users to add traffic necessary to create sufficient entropy to provide anonymity.

Yet separately, a number of promising projects are working on decentralized storage and cloud computing techniques to use the idle storage and compute resources in people’s everyday machines. The caveat however is that cloud providers deploy tasks in machines that are geographically close with sophisticated networking infrastructures connecting them. The development of such networking infrastructures have themselves cost billions in research and development. On the contrary, decentralized resources are spread across the globe with intermittent connectivity. Getting a level of user experience and response times even remotely comparable to centralized services at scale requires much better networking between the nodes.

A running theme in the scenarios depicted above has been that taking the network layer for granted and as freely available is accompanied with performance setbacks. Ad-hoc solutions work but are far from optimal. Computations, today, are incentivized and regulated. Current developments on state rent suggest a similar trend on the storage front as well. We propose that network layer incentivization is similarly due.

Full node incentivization is an open problem. Bitcoin was designed to be a low-trust network with individuals running full-nodes for their own sake - to ensure that miners follow the rules of the protocol and do not hurt their stake in the system. Unfortunately, experience shows that the majority of users are ready to trust web wallets and exchanges, greatly affecting the security of crypto-networks that rely on full nodes to keep miners at check. The number of altruistic individuals volunteering to run full nodes is only expected to decrease as the size and number of blockchains grow.

Full nodes are tasked with keeping a copy of the ledger, verifying it, relaying packets (transactions and blocks) and responding to different kinds of queries. This of course requires effort and the original incentive of self-surety and trustlessness seems to have fallen prey to Tragedy of the Commons. Some projects keen to solve this problem are attempting to incentivize responses to queries, creating a decentralized Infura of sorts. Marlin, on the other hand, allows full nodes to be incentivized for transmitting blocks and transactions.

With incentivization, we expect to have a large number of existing full nodes and miners (be they hashers in a pool or large farms) of different blockchains to be interested in joining the network given the low barrier to entry (there’s no special hardware required and the usage of their bandwidth is in tune with their existing purpose). A direct result of incentivization and associated penalties is that more sophisticated block forwarding techniques can be used with stronger guarantees than is possible in an unincentivized best-effort scenario.

While such a network would help increase the security and performance of blockchains, we feel the network would have much broader benefits as a bandwidth marketplace in the context of anonymizing networks and Web 3 with routing algorithms specialized for different use cases being able to be deployed readily on the permissionless set of open routers in a byzantine environment.

A few words from our supporters…

“While we’ve seen many innovative consensus algorithms and off-chain techniques in the industry to solve the scalability issue, Marlin is a group of talented entrepreneurs who tackle the underlying network layers scalability through their node network design and crypto-economics. Their fast and decentralized network solution can potentially benefit all blockchains.” Ella Zhang, Head of Binance Labs.

“Marlin is a leader in a new class of infrastructure startups in crypto that are blockchain-agnostic and will dramatically increase network performance. We are happy to support them.” Arrington XRP Capital Partner, Michael Arrington.

Marlin Protocol provides a unique medium to incentivize full nodes while providing a better P2P networking alternative for blockchains and decentralized networks in general. Since blockchains implement consensus algorithms on top of a networking stack, a more performant networking solution is cheekily referred to as a layer 0 scaling solution. The protocol is platform-agnostic with any blockchain being able to benefit from it. Different blockchains are expected to have varying amounts of throughput gains from using the protocol depending on the nature of consensus algorithm and parameters used. They are however unlikely to face any changes to their security models. The broader outlook however is that the protocol will enable several combinatorial experiments at the network layer with advantages dissipating into several other applications like those focusing on anonymity, decentralized cloud or even wireless sensor networks. 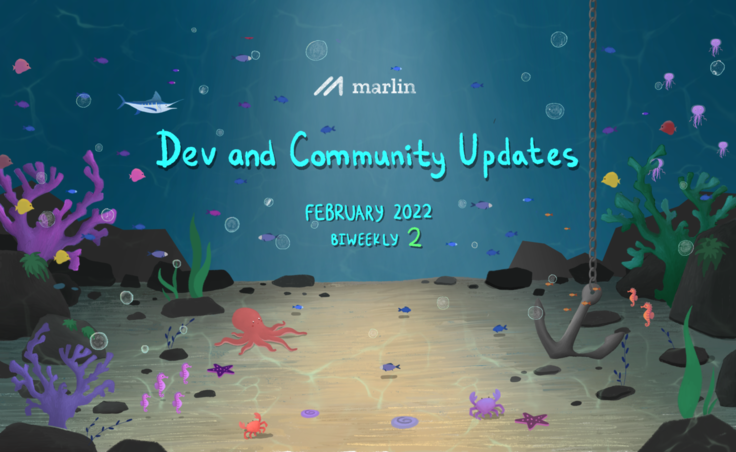 Here are the latest developments for the second half of February!

Here are the latest developments for the second half of 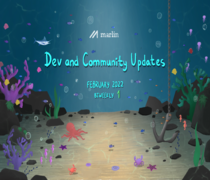 Here are the latest developments for the first half of February!

Here are the latest developments for the first half of 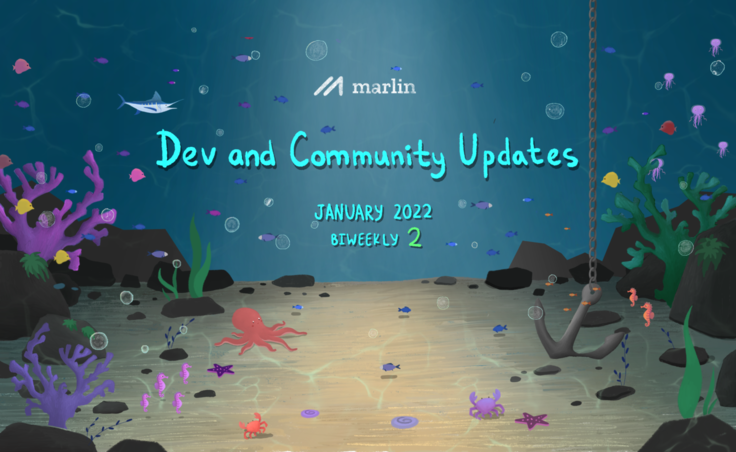 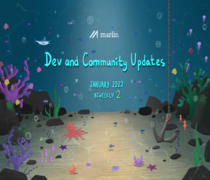 Here are the latest developments for the second half of January!

Here are the latest developments for the second half of